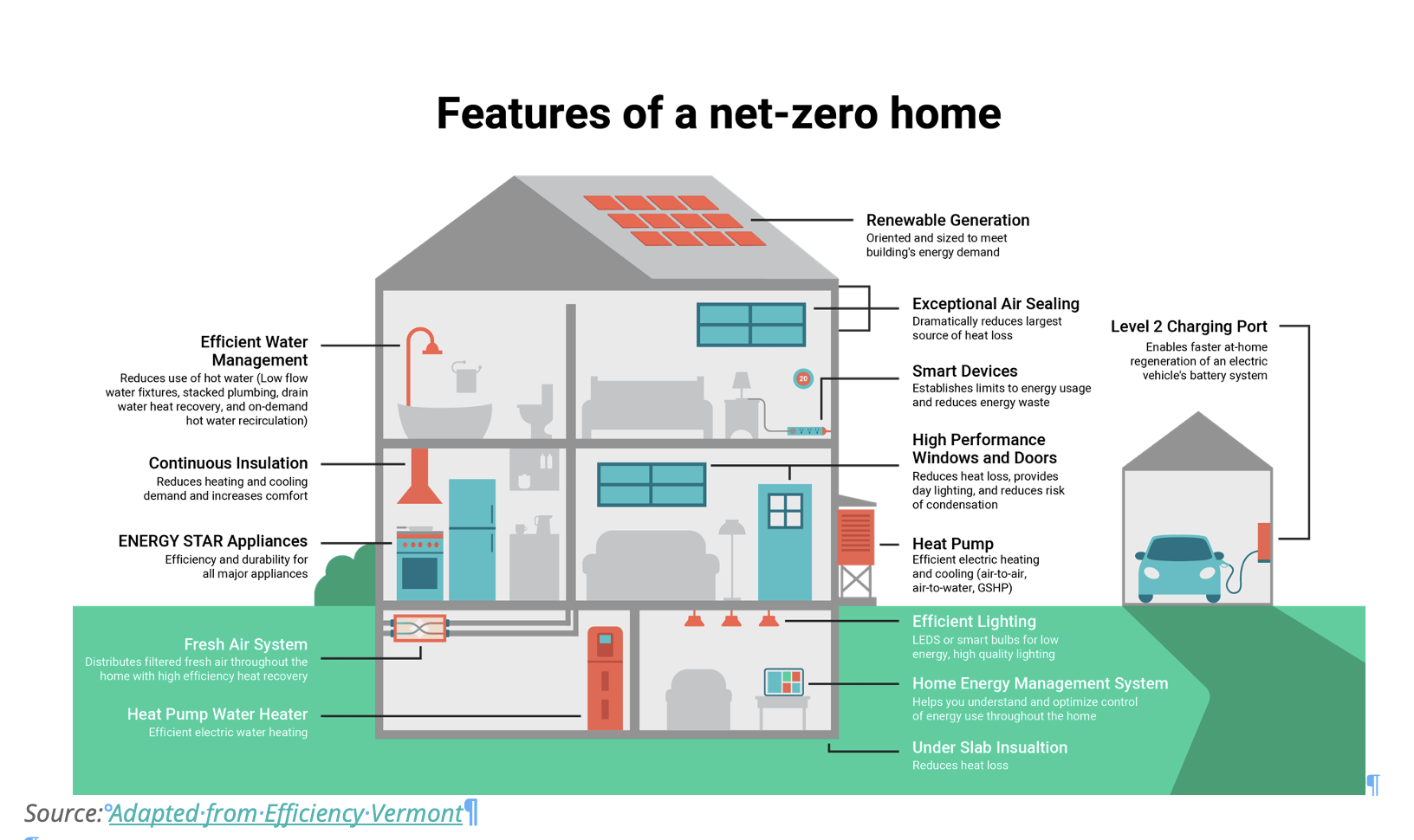 Buildings consume about 40% of total domestic energy and have a resulting greenhouse gas (GHG) footprint. To affect climate change we need a “whole of society” shift, and decreasing the energy footprint of buildings must be part of it. The IPCC identifies 1.5 C above pre industrial norms as a tipping point in climate change acceleration. I regret to report that average temperature rise in the Northern Hemisphere is already 1.42 above 1880 levels (see NASA data in graph below).  Therefore, action is needed now, not some distant time in the future.  This article explains the benefits of energy-smart building, and ways Rotarians can promote it. 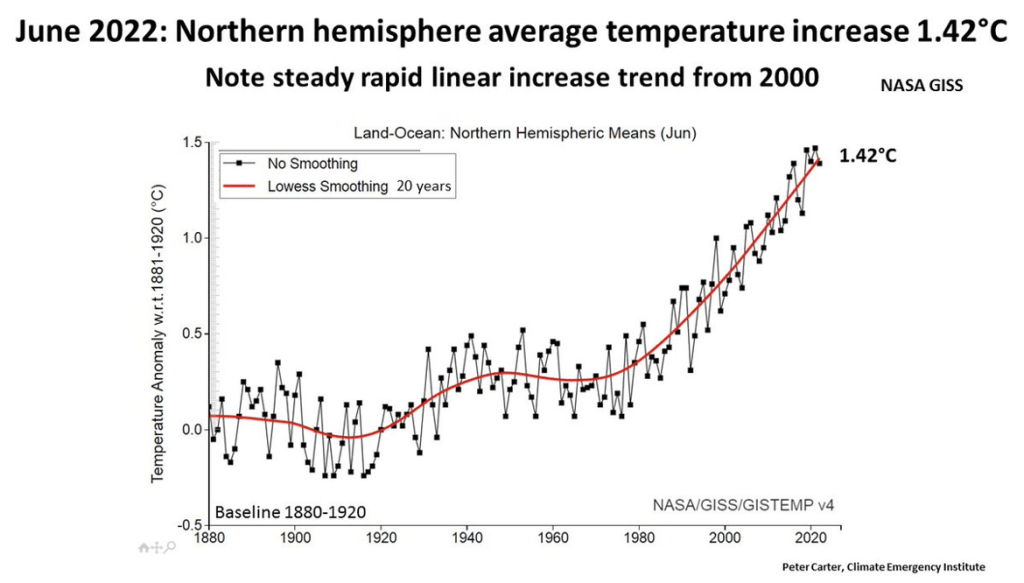 Building codes (which I call the MINIMUM standard one should consider building towards) are shifting throughout the developed world to near net zero for 2030-ish. We call this Near Zero Energy (NZE) building.  A NZE building is a building that can produce as much clean energy as it consumes.

A NZE ready (NZEr) building is one that is designed, modelled and constructed the same as one that is NZE, but does not yet have on- or off-site renewable energy components in place.  A core aspect of net-zero energy “readiness” is the use of improved air sealing, increased insulation levels, and high-performance windows and doors to reduce thermal demand and facilitate appropriately-sized space and water heating equipment.

The common retort to this is “the client can’t/won’t afford it.” In jurisdictions where the trades are familiar with the steps, the increases in costs are less than 5%. In areas where traditional platform construction is most common, the costs could be 15% more. Often the costs are offset with energy cost reductions in as little as two years. NZE buildings are expected to be 80% more energy efficient than a new building constructed to today’s building code minimum. They use on-site (or near-site) renewable energy systems to produce the remaining energy they need.

Some Canadian provinces are rewarding efforts to reach for these standards now. https://energystepcode.ca  Natural Resources Canada (a federal government department) is encouraging action with a $5,000 grant and $40,000 interest-free loans for home energy efficiency. https://www.nrcan.gc.ca/energy-efficiency/homes/canada-greener-homes-grant/23441

This is real leadership on this file.

In Canada, less than 1% of buildings can be considered NZE-r. We need to quickly scale up the number of NZEr buildings constructed each year through the adoption of ambitious NZEr building codes.

Not only will this help reach our global climate commitments, it will have the benefit of generating investments in our buildings sector while offering good local jobs in the clean economy.

Here are the data on North America’s steep temperature rise: why we must act now. 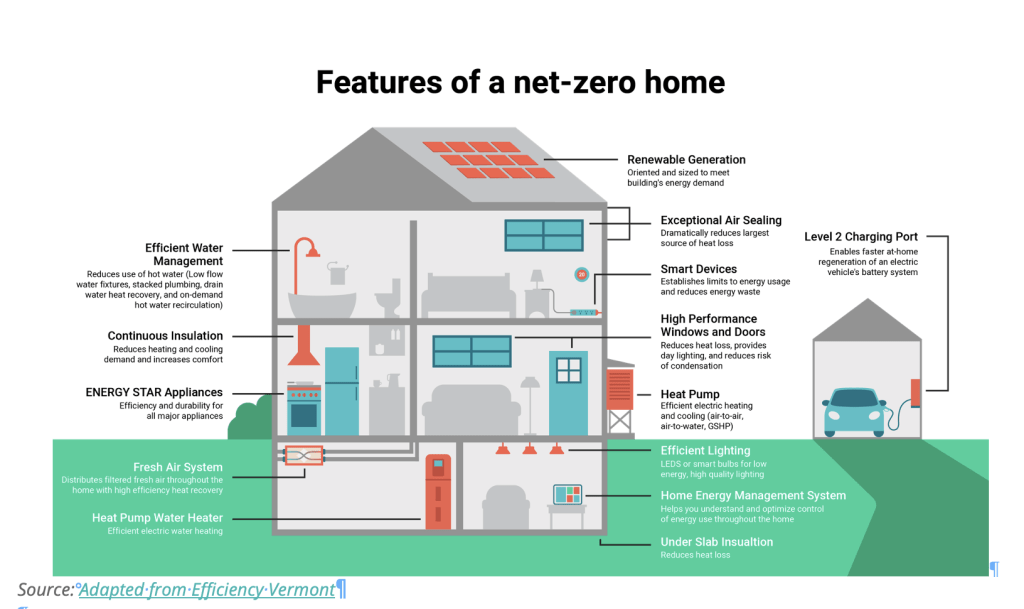 What can Rotarians do?

First, become aware. We have real changes charging towards us. Energy costs are extremely variable and in time will become very expensive. Energy consumed equals GHG’s exhausted, so being energy-frugal means reducing your GHG footprint.

Clubs and members can seek out experts and have them present to their club. Club newsletters can identify experts in the district for personal consulting (I find everyone wants to discuss solar with me) and cost saving programs.

Advocate with politicians and energy company leaders. I know many Rotarians bristle at this thought as it looks to step into the world of politics, but requesting/ demanding change at a systemic level will create a better world for our grandchildren. You are not preferring one party over another, but demanding action against the greatest threat the world may face.

Steps to NZE Building is also from Green Energy Vermont. 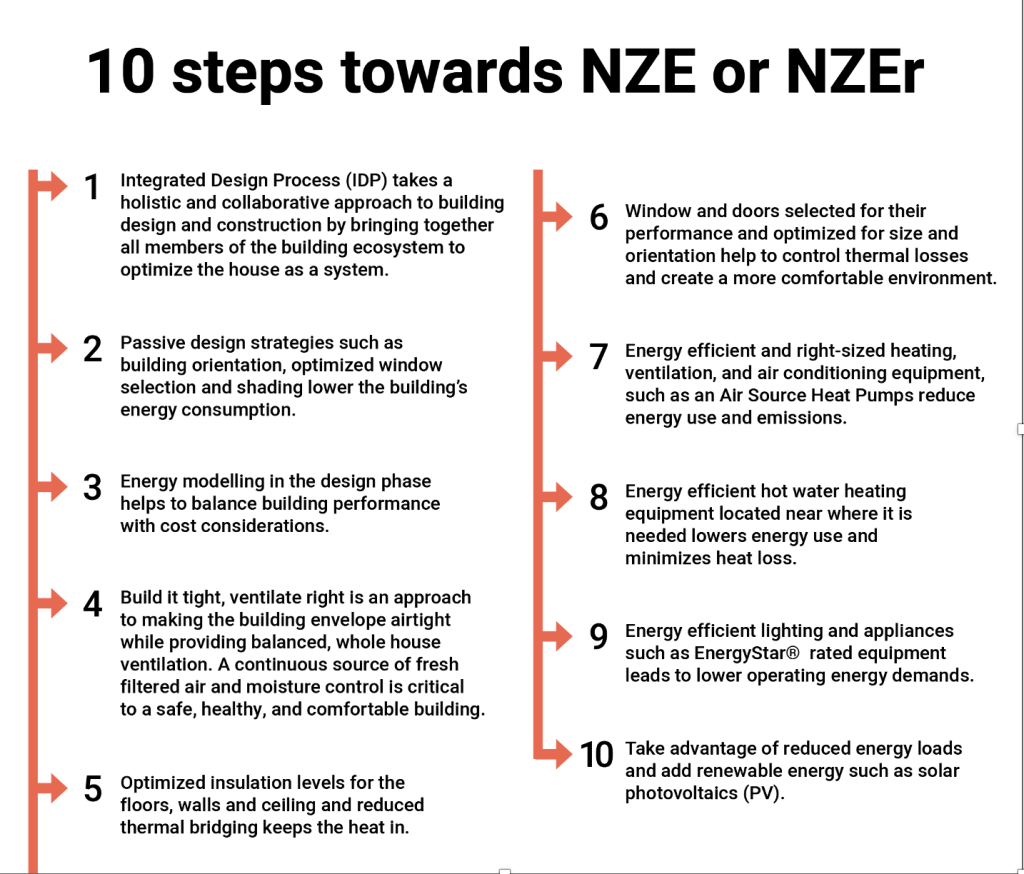