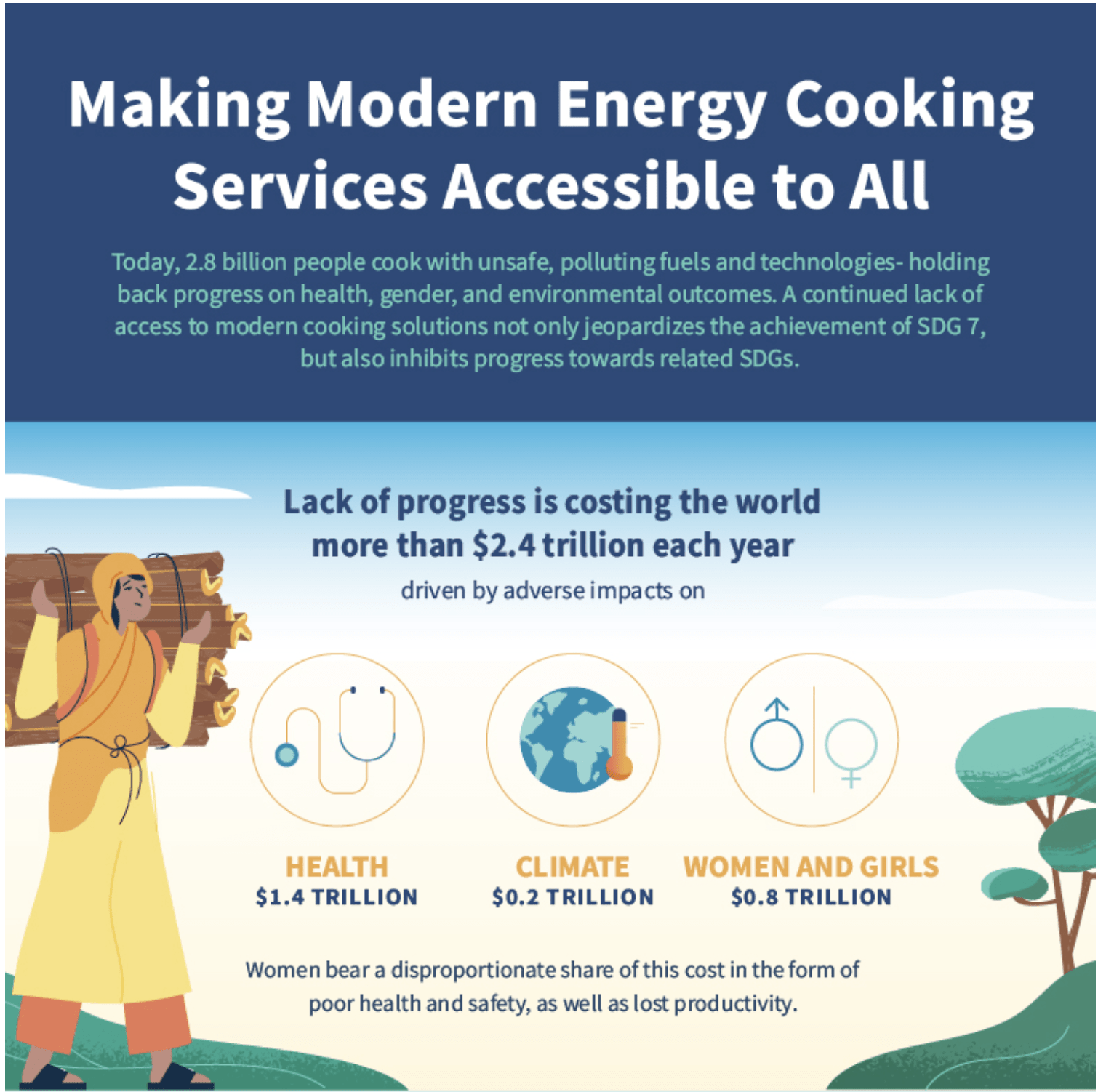 Almost 7 million people die prematurely each year because of air pollution, reports the World Health Organization. Children and women are among the most at risk, particularly from exposure to indoor smoke. Air pollution imposes major losses on people of all ages when they are too sick to attend school or go to work, and incur health care costs on top of lost wages. These illnesses also burden businesses, taxpayers, governments, health care systems, and donors. The World Bank graphic copied here summarizes the huge global losses due just to indoor exposure to fine particulates.

Both indoors and out, it’s urgent to reduce exposure to fine particulates. “Around four million people died in 2019 from exposure to fine particulate outdoor air pollution, with the highest death rates occurring in East Asia and Central Europe,” reports UNEP in the note cited above. “The fine particles that pollute our air mostly come from human activities such as burning fossil fuels to generate electricity, transportation, waste burning, agriculture — a major source of methane and ammonia — and the chemical and mining industries… In developing countries, reliance on wood and other solid fuels, like raw coal for cooking, heating and lighting, and the use of kerosene for lighting, increases air pollution in homes.” The UNEP note also provides graphics illustrating the major sources of PM2.5 pollution by region.

The new Rotary Foundation global grant guidelines for the Environment Area of Focus specifically encourage Rotarians to engage in advocacy and to inform their communities about environmental hazards and solutions (see Action Goals 6 & 8, pp. 15-17).

Advocacy builds on the trust and respect Rotarians have earned in their home towns. It also mobilizes Rotarians’ practical knowledge of technology, local culture, and economic systems. Rotarians are well-positioned to engage and inspire decision-makers in business, NGOs, health care, education, and government. A great example is Rotary’s 2022 Green Transportation and Clean Energy Summit which ESRAG Director Yavuz Atila helped organize. Hosted by the San Jose Rotary Club in California, this conference brought together top policymakers from the US Government to the city level to report on progress and challenges in creating resilient carbon-free electric generation, and transitioning from fossil fuels to electric transportation.

Rotarians are learning how to present environmental protection as a win for multiple broadly-shared goals, including reducing poverty and promoting vibrant economies. Because burning fossil fuels is a major source of air pollution, “a lot of the moves that you make to reduce carbon emissions also improve the air quality indoors and out,” explains American environmental lawyer Karen Kendrick-Hands, one of ESRAG’s founders. “It’s an important concept in cost-benefit analysis called co-benefits. And when you’re calculating the cost of decarbonizing a function, that cost is reduced if your move also reduces healthcare costs because the air is cleaner.”

“There are 10,000 well and irrigation pumps in India, most of them powered by diesel or gas. Imagine the decarbonizing potential powering each of those pumps with solar or wind or a combination of the two,” she exclaims. Co-benefits projects which ESRAG has publicized over the last year include Rotary’s Solar Habitat project and electric auto-rickshaws in India. Both save beneficiaries money they previously had to spend on energy, while simultaneously reducing air pollution and carbon emissions to the benefit of people near and far.