Sewage Pollution of Rivers and Remediation 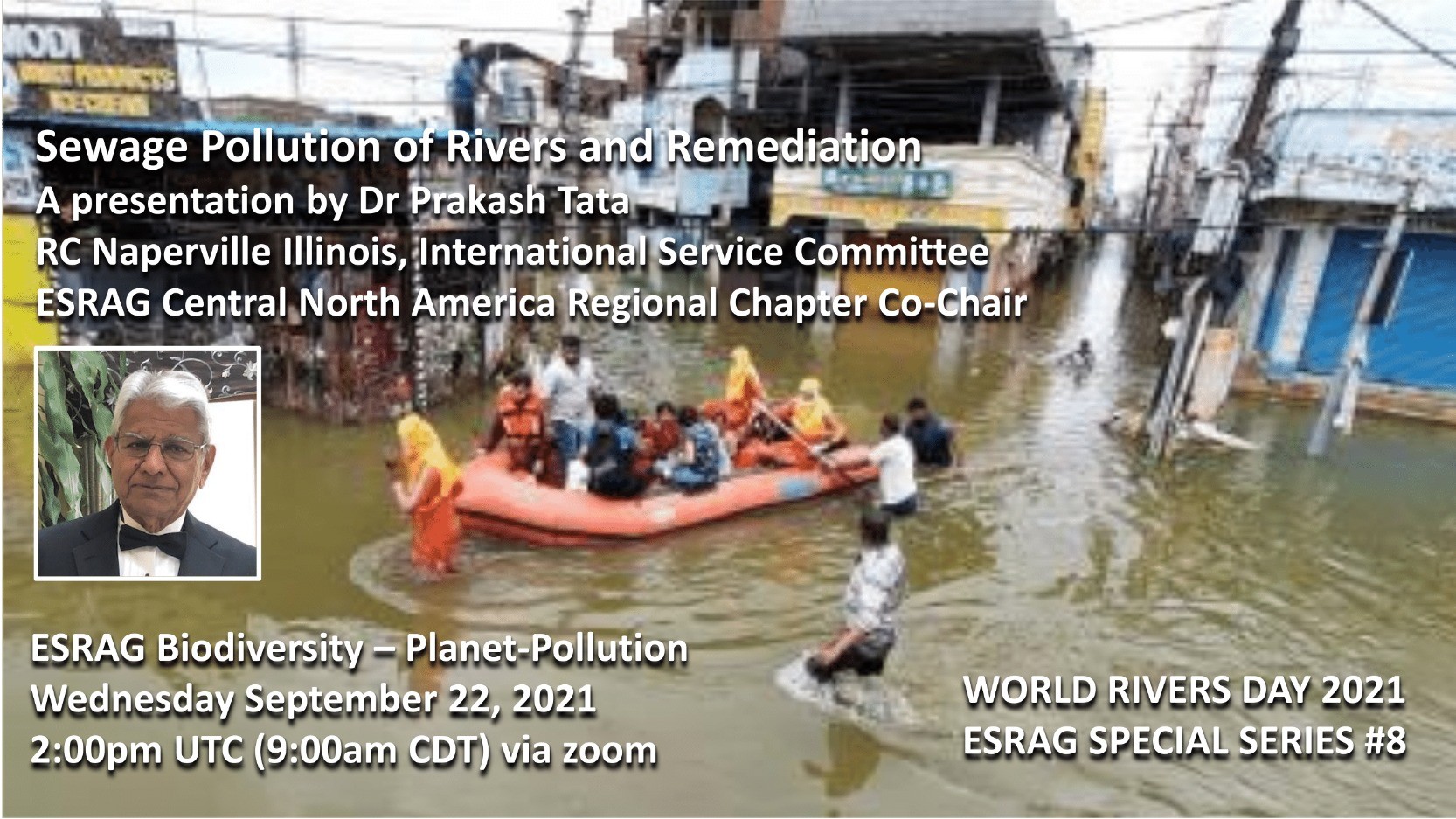 Sewage Pollution of Rivers and Remediation

Topic: Many major rivers and other water bodies of the world are polluted. Their pollution is mainly caused by stormwater and municipal and industrial waste discharges from the villages, towns, and cities, runoff from agricultural fields, and acid rain. Voluntary organizations such as the River Cleanup, Rivers of the World Foundation, WASRAG and ESRAG of Rotary International, and many environmental groups and heads of governments around the world echo the concern for remediating the pollution of rivers. The efforts of these organizations are laudable. However, in general, their impact on remediating the pollution of all rivers, particularly in developing countries, is marginal. With the addition of Environment as the 7th area of focus of Rotary International, Rotarians are well suited to undertake projects to protect rivers from pollution. People living in the river basin areas of these countries can be motivated to derive immense benefits by preventing pollution of their rivers. This can be achieved by creating awareness about the benefits that they can derive by changing their behavior towards protecting them from pollution. In-situ technologies have been developed and implemented to protect rivers by remediating pollution caused by wastes. Examples of these will be presented along with how the application of the principles of circular economy to sewage treatment would yield benefits not only in terms of protecting receiving waters like streams and rivers, but also in yielding food and energy and mitigating the adverse effects of climate change.

Dr. Prakash Tata is a member of The Rotary Club of Naperville, IL of District 6450. He is a member of the International Service Committee of his Club. He is a Life Member of WASRAG, and he is currently serving as the Chairman of the Central North America Region (Region 10) of ESRAG. He has been instrumental in implementing several Global Grant projects in India. He is a TRF Cadre member. Prior to obtaining his Ph.D. in Environmental Sciences from Rutgers University, NJ. In 1966, he worked in India for eight years on Rural Water Supply and Sanitation problems. He served on the faculties of Cornell University and Illinois Institute of Technology and subsequently retired as the Assistant Director and Head of the Environmental Monitoring and Research Division of the Metropolitan Water Reclamation District of Greater Chicago in 2002. He served on various committees of the Water Environment Federation. He also served as a consultant/advisor to various international organizations. He published more than 160 papers and reports, co-authored four books, and received many awards including two Life-time achievement awards and the Ellis Island Medal of Honor, which is awarded to highly accomplished immigrants of the USA.

After registering, you will receive a confirmation email containing information about joining the meeting.