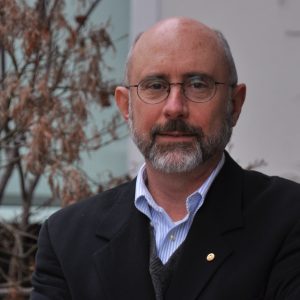 Ed Church has devoted his life professionally and personally to a combination of social and environmental issues and actions. He has won awards from local government and the State of California for his work to reduce infant mortality. Ed is an expert in the economic and social effects of climate change, and in actionable solutions to the climate crisis. He is a popular speaker on those topics at Rotary Clubs and at a variety of conferences, as well as teaching at the university level, and having his views published in print and online.

Over his 40-year career, Ed started and managed several nongovernmental organizations. In 2019, he retired as the Executive Director of the Institute for Environmental Entrepreneurship.

He earned a Ph.D. in Sociology from U.C. Berkeley. He has been Mentor and Judge for Global Social Enterprise Competitions, at the Business Schools of Stanford University, the University of California, Berkeley and the University of Washington.

A Rotarian since 1998, he served on the Board of the Rotary Club of Berkeley, and as Club President 2004-05. He has travelled extensively, including England, Ireland, France, Italy, Cuba, Jamaica, Tahiti, the Bahamas, Canada, China, Japan and Mexico.