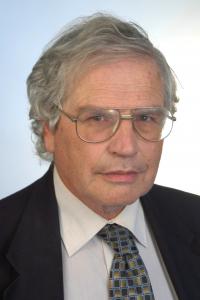 Keith Tovey read Mechanical Sciences at Corpus Christi College, Cambridge and followed this with a Phd in the Engineering Department at Cambridge. Initially his research interests included development of techniques to observe soil microfabric in the electron microscope from both Soil Science and Engineering backgrounds. Later he developed many novel methods for image analysis of the images. In 1973 he joined the University of East Anglia and was later seconded to the Hong Kong Government where he dealt with no fewer than 199 landslides and was instrumental in establishing the Geotechnical Information Unit.

On return to the University of East Anglia in 1984, he became increasing involved in energy related topics both in teaching and research and became a Reader in 1993. He continued with his image analysis research and adapted the techniques to the study of sediments on the continental shelves. He also became International Secretary of the International Geological Correlation Programme 396 and Vice Chair of Sub Commission B of the International Soil Science Society..

His increasing interests in energy became wide ranging and has supervised PhD students in topics ranging from renewable energy (solar, wind and biofuels) through energy conservation to energy policy and the impacts of climate change on industry in a non-Annexe 1 country.

In 2003 he took on the additional role of Energy Science Director of the CRed (Carbon Reduction) Project which is promoting low carbon futures. For three years from 2005 he was the HSBC Director of Low Carbon Innovation at the University. In this role he has made appraisals of and recommendations on carbon reduction issues within HSBC as well as developing a new and a more effective domestic carbon calculator as well as promoting Low Carbon Technologies and Management in Buildings.

He became a Rotarian in April 2001 and served as President of the Rotary Club of Norwich in 2010-11 and subsequently served as District ComVoc Chair between 2011 and 2014 and as an \Assistant Governor 2013-2016. Since 2007 he has been the District Environment Officer and has launched Environmental Award Schemes in the District and is also a member of the RIBI Environment & Sustainabiility Committee.