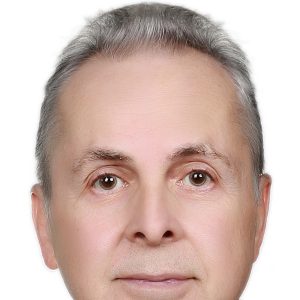 Yaşar is a Rotarian since 2014. One of the reasons why he joined Rotary was to bring awareness about environmental and sustainability issues to the attention of an influential group of people, the Rotarians. Since then, he helped establish a Carbon Footprint Committee, which later was called Environmental Sustainability Committee at the District level and has supported clubs cultivating projects on sustainability.

He is the Founder and Executive Director of the Turkish Carbon Footprint and Sustainability Association, working mostly with school districts to develop and implement energy efficiency projects at schools.

Yaşar had a long career at one of the major corporations in Turkey, Sabanci Holding, mostly in the chemical business, from which he retired in 2010. He worked at various executive management and board positions. His first attraction to sustainability issues started when he started reporting the company operation’s environmental footprint.

He lived in Philadelphia for six years doing an M.S. and a Ph.D. in Operations Research at the Wharton School of Business at the University of Pennsylvania. Yaşar is member of Acarkent Rotary Club of Istanbul, Turkey and is Past President of the club (2017-2018).