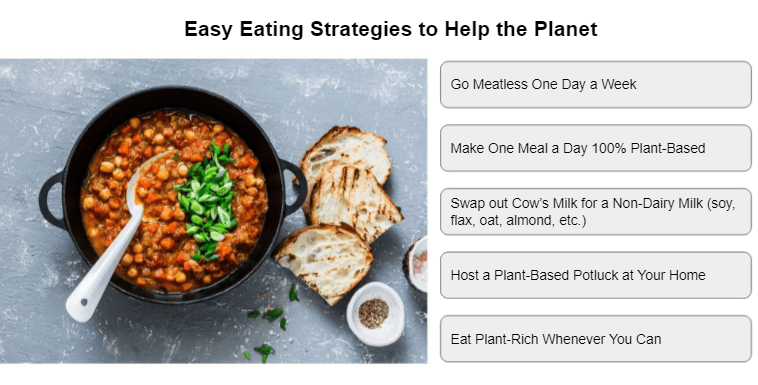 This summer the UN Environment Programme issued a report stating that reducing methane emissions is essential to keeping global warming within survivable limits. Changes in farming practices and human diet can make a huge contribution.  Livestock and rice farming account for 40% of the human-generated methane emissions, compared to 35% for oil, gas, and coal mining. Methane is a greenhouse gas 80 times more potent than CO2, but persists only 10 years in the atmosphere – compared to hundreds of thousands of years for CO2.. Slashing methane emissions now will buy us crucial time to keep temperature rise under 1.5 degrees C while we cut our use of fossil fuels.  Methane also is a primary contributor to ground-level ozone, which causes 1 million premature deaths a year.

On Aug. 20, UNEP published a summary of top findings from the report:

ESRAG’s Plant-Rich Diet Task Force is teaching one of the most effective steps Rotarians can take: modeling and encouraging consumption of plant-based foods rather than animal protein. Other actions to reduce agricultural methane emissions include changing animal feed. Irrigating rather than flooding rice paddies would cut rice farming methane emissions by half and save water.

Here’s a summary of the potential impact we can have, from an Aug. 29 article in Forbes Magazine, ”Influencers called on to Steer Public Discourse on the Climate Impact of Animal Agriculture:”  Despite the sizeable linkages between the meat and dairy industry and global greenhouse gas emissions, public policy interventions have focused more on lower impact policies such as the elimination of single use plastic bags.

According to Wynes and Nicholas (2017) eliminating meat for one year would save 145 times more carbon than eliminating single use plastic bags for the same period. Going plant based is also four times more effective than comprehensive recycling and eight times more impactful than switching from household incandescent light bulbs to light emitting diode (LED) light bulbs.”

This May 6 article in The Conversation explains how business can make money by preventing methane emissions and selling it as a commodity.  “With the technology already available today, the world could cut methane emissions from fossil fuels, agriculture and rotting waste by 45% within a decade. That would avoid 0.3 degrees Celsius (0.5 F) of warming, … one-fifth of the Paris climate agreement budget of 1.5 C.”