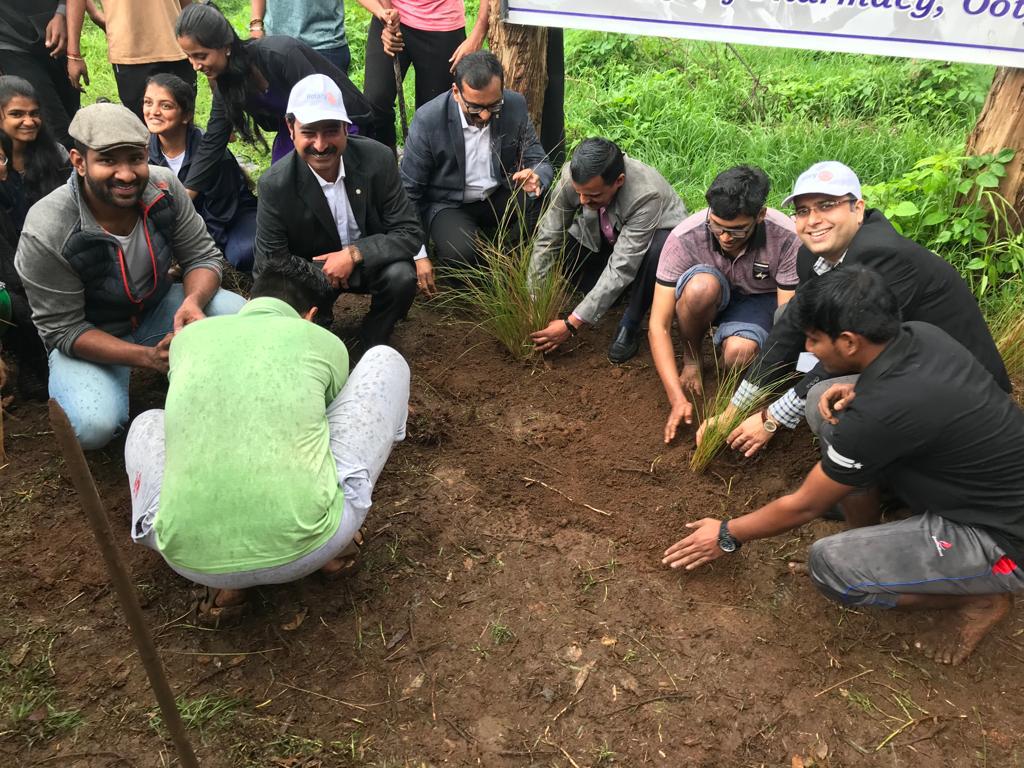 When massive floods and landslides left thousands homeless in Kerala, South India last year, scientists who are members of the Nilgiris West Rotary Club in District 3202 seized the teachable moment to focus their community’s attention on the ecological damage that fed the flood, and to point to solutions right under their feet. By bringing together stakeholders with far greater resources, the Club is working to catalyze the restoration of a natural system of defenses to prevent future disasters.

The floods showed vividly that the economic survival of plains communities below depend on the ecological health of the Nilgiris, or “Blue Mountains,” a unique biosphere designated as a UNESCO World Heritage Site. Using the metaphor of a “code blue” called when a patient is at imminent risk of death, Nilgiris West Club President V. Balasubramaniam, a surgeon, named the Club’s response Code Blue Wetland Restoration.  “Our blue mountains are now in an emergency,” he says. “As first responders, we are responsible to do what we can and begin resuscitative efforts.”

The first step is showing the community – including skeptical fellow Rotarians – how human action over the past two centuries created conditions that endanger everyone. The damage began two centuries ago with the arrival of the British, who introduced tea as a cash crop. Homesick Scots soldiers, posted in the hill station of Ooty, imported their beloved gorse, broom, and wattle. These invasive species spread, displacing native grasslands.

Now, rising population and temperatures in the plains below are driving a building boom of shoddy housing on hillsides increasingly vulnerable to floods and landslides, explains Nilgiris Rotarian Meenashki (“Mina”)Venkataraman, ecologist and co-chair of ESRAG’s South Asia Regional Chapter. “The heat is leading to a huge influx of tourists – as many as a hundred thousand people a day – to this fragile ecosystem,” she adds.

In July, 2019, the Nilgiris West Club held a public panel to celebrate the publication of a new book by local restoration ecologist Godwin Vasanth Bosco, explaining the natural defenses the mountain plant community will provide if restored.  https://www.thehindu.com/sci-tech/energy-and-environment/restoring-the-nilgiris-habitat-one-acre-at-a-time/article29233659.ece

His research shows that the region’s secret treasures are several species of indigenous grasses. Bosco has started a nursery to provide seedlings of these grasses.

“People see wetlands and grasslands as wasted land,” says Mina. “Oh, it’s just a bog, they think. Let’s build something on it.  They don’t realize that when the rain comes, where is it going to go? All the water in the plains comes from here.” Last summer, with so many of the wetlands lost, flooding overwhelmed the capacity of the dam. Water needed to be released, contributing to the catastrophic landslides that destroyed thousands of buildings.

Even as Nilgiris West Rotary joined the quest of three Rotary districts to raise funds to build a thousand houses for people displaced by the 2019 flood, the Code Blue team requested that the Nilgiris Library let them use a small area as a demonstration plot.

Teaming up with Rotaracters from the local College of Pharmacy, they planted some of Bosco’s seedlings where everyone could see them.

“These plants are not pretty,” Mina says candidly.  “Putting them in such a visible location gets people to think:  what is that grass doing there?  It’s to hold water.”  The grasses put down deep, intricate roots that retain the hillside soils and deliver rainwater deep into the earth, from which it percolates at a sustainable rate to the brooks that nourish the tea plantations and gently fill the man-made lake behind the dam that provides water and electricity to the plains communities.

Now the Rotarians are working to persuade the business community that wetlands restoration is a smart investment. “We hope to attract private partners,” Mina explains. “A lot of companies in the plains have CSR [corporate social responsibility] funds that they don’t know how to use.  They’ve been doing one-day tree planting projects, and then no one waters the trees, so it’s a wasted effort.” Rebuilding the native watershed, by contrast, will clearly be beneficial to all concerned.

“By restoring land, we will be reinstating lost biodiversity, while also restoring a variety of ecosystem services, which would cost several folds more to provide via engineering feats,” explains ecologist Madhu Srinivasan, another expert on the ecosystem of the Nilgiris. https://sites.google.com/site/madhuecolab/home

“My vision is to develop a novel scheme that will allow millions of people to make investments in accordance with their financial capacity, and ensure that the land is not taken over by government…but maintained as part of our natural heritage.”

“Instead of simply shipping shelter boxes, we should also prevent floods,” Mina says.  “It would be great if Rotary adds environmental sustainability as an Area of Focus. Otherwise, what people here think is that Rotary is just polio and RYLA.”

By weaving together the community’s own skills and resources, diagnosing a grave problem and pointing to the solutions, the Rotarians of Nilgiris West are already broadening South Indians’ understanding of what Rotary can do. 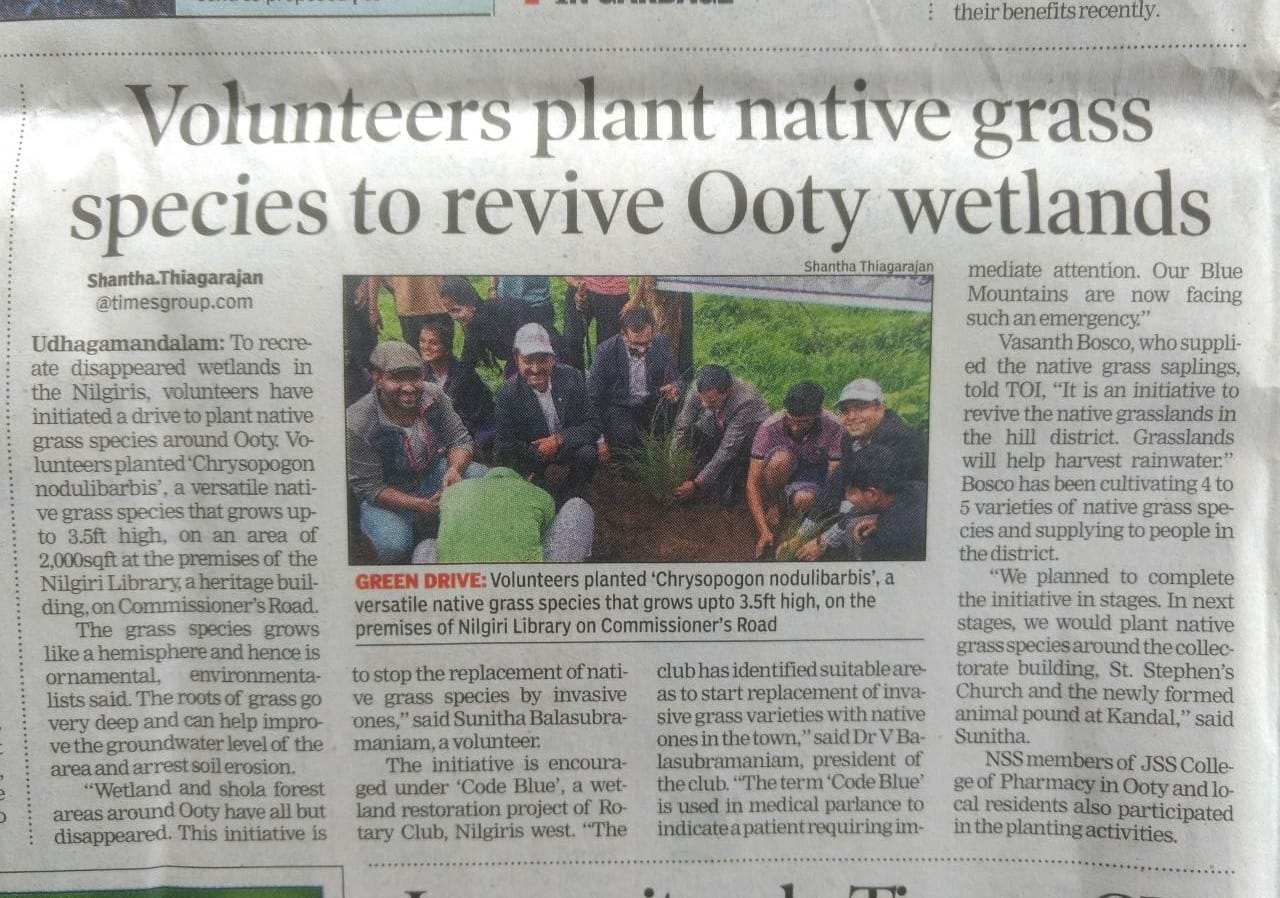 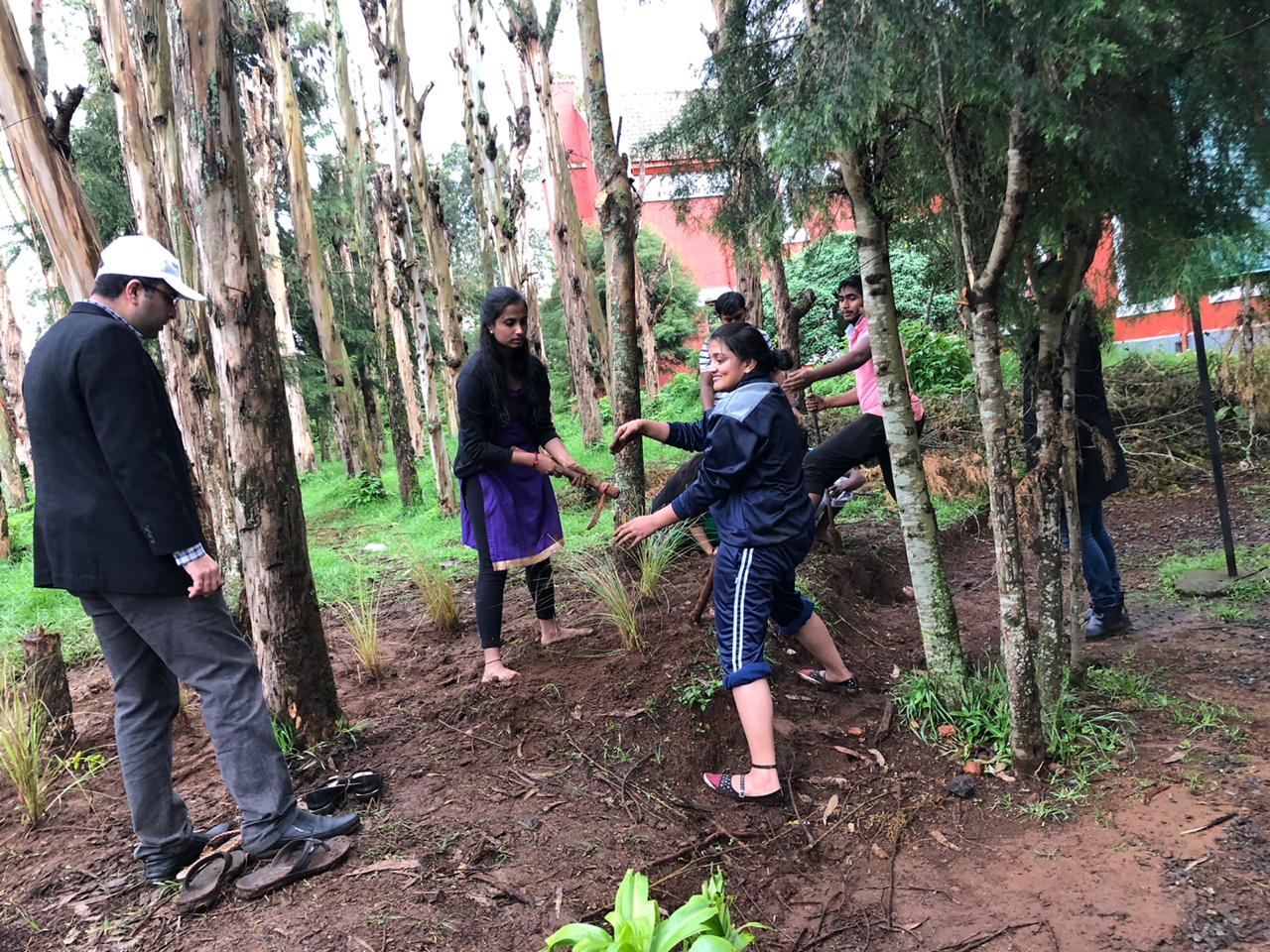