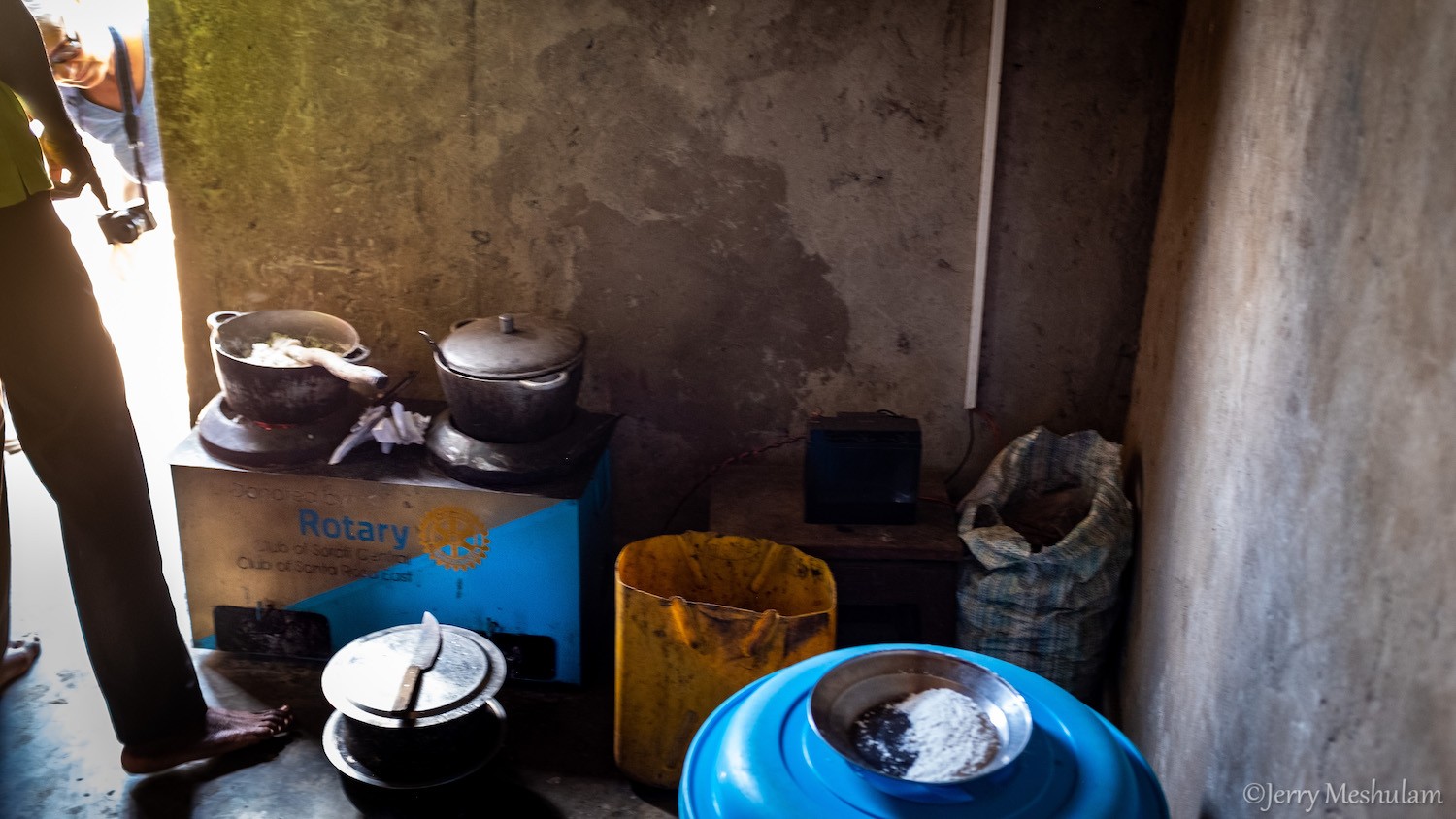 Ugandan physics teacher Susan Kituyi Rose is on an epic quest to save Ugandan students and their communities from crop failure and starvation. To do that, they must break a vicious cycle of rising temperatures and deforestation accelerated by rapid population growth.  Rose is drawing on science and Rotary networks to test a solution she hopes to scale up while there is still time to prevent calamity.

Rose is a member of the Soroti Central Rotary Club in Eastern Uganda. Her goal is to equip thirty schools across the region with fruit tree orchards, the knowledge to keep them alive and healthy, and Ugandan-made solar battery-powered cookers that use a fraction of the charcoal that traditional stoves consume.

“If you could eliminate all the other stoves, these cookers could save a school seven truckloads of fuel a month, or $5,000 a year,” Rose explains, freeing up money that could be put into improving education.  The cost of an institutional-sized double cooker varies due to transportation costs, but averages about $3,600, so “the payback time is pretty quick,” she says.

Planting orchards will stabilize and revive the sandy soil, improve nutrition, and raise school and family income by producing mangos and oranges. If enough people get access to the innovative stoves, the country has a chance to return to a sustainable rate of harvesting lumber.

Rose’s fierce determination captivated Rotarian Barry Cogbill, a solar expert from the Rotary Club of Santa Rosa East in California and leader of the Club’s Pathways4Thriving to aid clean energy and tree planting projects in Africa and Nepal.  Cogbill met Rose at a Rotary Project Fair in Uganda.  Bonding, they collaborated on a Rotary global grant that combines economic development with environmental restoration. “I was spread thin, but she was insistent, and I’m so glad she was,” Cogbill recalls.  “This is our most successful project to date.”

“We wanted to do solar cooking, Susan wanted to do 30 schools. I said, okay, let’s do three. Rotary now has these grants of scale. We can scale this up, but now,” Cogbill adds, laughing, “I need to raise $100,000.”  Rose yearns to expand the project to at least 27 more schools. If your Club would like to sponsor one or more schools, please write to Barry Cogbill or Susan Kituyi Rose

The stoves, designed and manufactured by Masrcorp Solar are much faster than parabolic solar cookers. Even better, they can be used indoors. The heat source is briquette-sized volcanic rocks mined in Uganda. It only takes a small amount of kindling and charcoal to heat the stones, which hold cooking temperature for hours.  The stoves come in two sizes: institutional and household.  One large double-cooker can produce meals for 500-600 students a day, smoke-free.

A study by the Netherlands Foreign Ministry ranks Uganda at the 14th most vulnerable country in the world to climate change, a great injustice because it is one of the world’s lowest emitters. Over 70% of Ugandans depend on farming for their livelihood.

Most rural Ugandans have no alternative to cooking with firewood and charcoal. This, plus the country’s huge population growth, combined to fuel the cutting down of 63% of the country’s forest between 1990 and 2015. Rising average temperatures and loss of tree cover accelerate the dessication of the land on which people struggle to raise food.  Many parts of the country now depend heavily on foreign food aid.

“We are affected by the changing rain patterns,” Susan Kituyi Rose explains. Because of deforestation, “the land is very bare. Nothing is protecting the soil, which is very sandy.  If there is no rain for two days, the crops wither.  On average, each family uses 8 bags of charcoal in four months, cutting down four 20-year-old trees every year.  All the trees are gone in three of the five districts in our area. Families are going to the remaining two districts to try to buy wood.”

“If we don’t save the trees,” she says bluntly, “people will starve or be displaced.”

As a scientist, Rose is doggedly seeking and testing strategies that will hold up under increasingly daunting conditions. Seedlings are vulnerable to drought and foraging by hungry cattle. Rose reached out to the Ugandan government for guidance on what species had the best chance of surviving, and chose mangos and oranges, getting the trees from a nationally-certified nursery.

The project team were able to plant 3,300 trees in late spring, defying the pandemic.  Some of the new groves belong to families, while those at schools belong to the students.  The communities also received entrepreneurship training to help them plan how to invest the savings from buying less charcoal. Some families bought animals and birds to raise, while others provided for their children’s needs. All of the farmers have begun intercropping short-term crops around the fruit tree seedlings and in their gardens.

Unfortunately, the seedlings had to be planted during the lockdown. “If students were there, it would have been better. Each would have been responsible for five trees,” says Rose. Only the oldest students were allowed to return to school this fall so they could prepare for national exams. “They have a lot to learn, and no time for gardens,” she adds sadly.

Despite this setback, Rose continues to check on the trees. “The general performance is not too bad,” she reports. “This time we have been lucky: the rains were continuous.”  Wet conditions brought fungal infection, and Rose is researching organic solutions.

The coronoavirus pandemic had a devastating impact on schools, with teachers going without pay for months. Some committed suicide, even setting themselves on fire.  In the next project, Rose hopes that laid-off teachers who have turned to subsistence farming will be able to get seedlings too.

Soroti Rotary’s global grant project brings hope. The communities of the schools in the pilot project are “very excited,” Rose reports. The demonstration grant provided household-sized cookers to ten families in each school who have at least six children enrolled in the school, but “all the others want to participate.  Most have learned, stopping down cutting the trees, so the land can be reclaimed and used for crops.”