Rotarians eager to support “blue carbon” initiatives can study the success of the
award-winning Mikoko Pamoja mangrove project in Kenya. 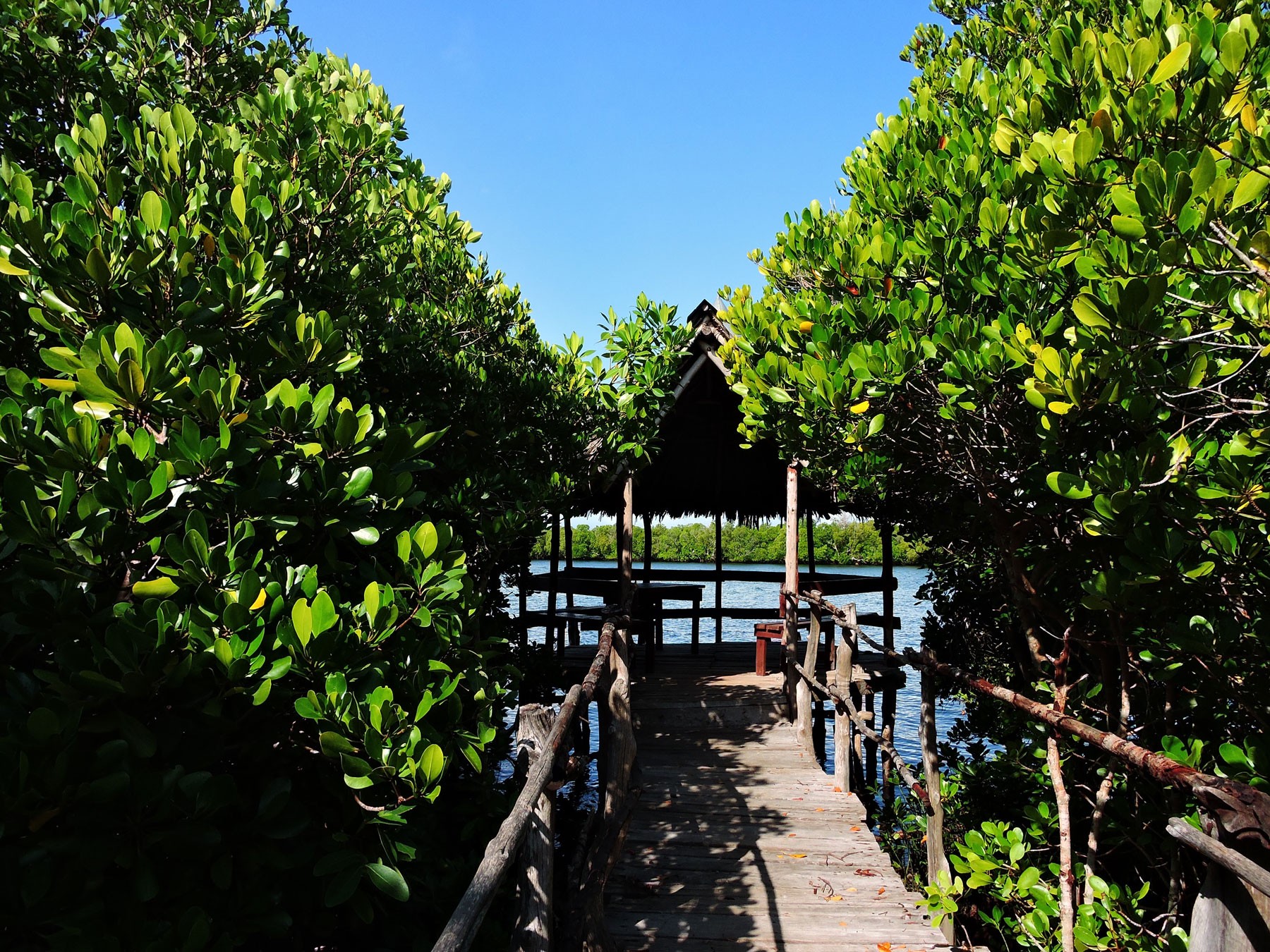 A Tested Toolkit for Clubs

Rotarians eager to support “blue carbon” initiatives can study the success of the award-winning Mikoko Pamoja mangrove project in Kenya and consult an excellent free manual provided by the Scottish nonprofit ACES (Association for Coastal Ecosystem Services). We’re sharing this resource thanks to ESRAG’s Great Britain and Ireland (GBI) Chapter and British Rotarian Paul Keeley, one of ESRAG’s leading advocates for African reforestation projects. It’s especially timely because Rotary International President Shekhar Mehta used his roundtable at the UN Climate Conference in Glasgow to challenge Rotarians to sponsor mangrove projects across the Commonwealth.

Mikoko Pamoja, which means “Mangroves Together” in Kiswahili, is the world’s first mangrove and seagrass conservation project financed by the sale of carbon credits. 30% of the carbon offset revenue goes into projects chosen and managed by the community, who have used the funds to repair and equip schools and health care facilities, and to provide 3,500 residents access to safe water. Thus – deliciously for Rotarians – this strategy combines a powerful climate change solution with economic development for coastal communities.

By adding seagrass to the original mangrove focus, the project has pioneered the strategy of protecting more than one element of coastal ecology under one carbon offset certification. “This may increase the level of time, resources, skills and equipment required for the project,” says the manual. “However, doing so could create a more robust project with greater capacity for income from carbon credits or other sources of funding. Coastal and marine ecosystems are closely linked and a joined-up approach to their conservation will bring more environmental benefits than conserving one alone.”

The ACES manual explains how to develop projects that qualify for carbon offset revenue – also called PES, for Payments for Ecosystem Services. It outlines field-tested strategies for building community buy-in so the environmental protection lasts. This is similar to planning steps now required by Rotary from applicants for Global Grants to help ensure the project’s durability. “Communities are empowered to manage the natural resources upon which they depend for sustenance and income,” the authors write. “Where there are insufficient government resources to enforce and manage conservation, local people can be empowered to act as stewards and managers, sometimes without requiring additional salaries, provided they receive some of the benefits of doing so.”

The manual explains the economic benefits provided to local communities by mangroves and seagrass meadows: as habitats for fisheries and buffers to accelerating marine impacts of climate change. Instead of being perceived as a resource only valuable to faraway investors, these ecological resources are recognized as part of the community’s essential infrastructure.
The manual offers guidelines on:

It points out the importance of start-up funding, which Rotary Clubs or Districts could provide.

How did this model surface in the Rotary world? In December ESRAG GBI emailed members a daily “Advent Calendar” newsletter sharing effective actions Rotarians can take on climate change. The Dec. 9 Advent Calendar quoted an article on major decisions taken by the UN Climate Conference in Glasgow, then posed the question: “what’s missing?”

“I suggest that COP26 delegates seriously underestimated the capacity of the rural poor in Africa and Monsoon Asia to implement projects which simultaneously benefit both the local community and environment,” Paul Keeley wrote the Advent Calendar on Dec. 24. “‘Environment’ means both local habitat – where local biodiversity and environmental resources such as water are improved – and the global environment and common good, as climate mitigation is a core part of such projects.”

He then offered an overview of Mikoko Pamoja, to which his NGO Sustainable Global Gardens has pledged £1,000. Locally-led and right-sized for a Rotary Club to work with, this groundbreaking project packs a mighty impact, capturing and storing over 2,500 tonnes of carbon dioxide a year.

Launched in 2012 at Gazi Bay on Kenya’s southern coast, Mikoko Pamoja won the UN Development Programme 2017 Equator Initiative Prize as an innovative solution to climate change and poverty. Partnership is key. A community-based organization organized by residents of Gazi Bay co-manages a 117 hectare mangrove forest with the Kenyan government. Other key partners include ACES, which sells the carbon offset credits; research institutions that monitor the health and extent of the protected ecosystem and document carbon sequestration; and the international carbon credit-certifying Plan Vivo standard. Mikoko Pamoja is used as a training site by the World Wildlife Fund and UN Development Programme.

ACES provides technical support to community-led protection and restoration of blue carbon ecosystems. It is now also supporting a new project called Vanga Blue Forest on the Kenyan-Tanzanian border, which builds on the success of the Mikoko Pamoja pilot and protects a mangrove forest four times larger. This has won start-up funding from the Leonardo DiCaprio foundation. Plan Vivo has posted the project design.

Rotarians and Clubs can contact ACES aces@aces-org.co.uk to learn more about buying carbon credits, volunteering, and other ways to support these projects.

For a deeper dive into the ecology, you can watch botanist and ESRAG Director Dr. Chris Puttock’s talk on mangrove biodiversity and ecological services – and how human activities are destroying these – at the Jan. 5 ESRAG Biodiversity + Seminar.

“Mikoko Pamojais an example of environmental ‘win-win’ projects which benefit both the local community and the planet,” Paul Keeley wrote to ESRAG GBI. “This type of environmental project can be replicated a hundredfold.” 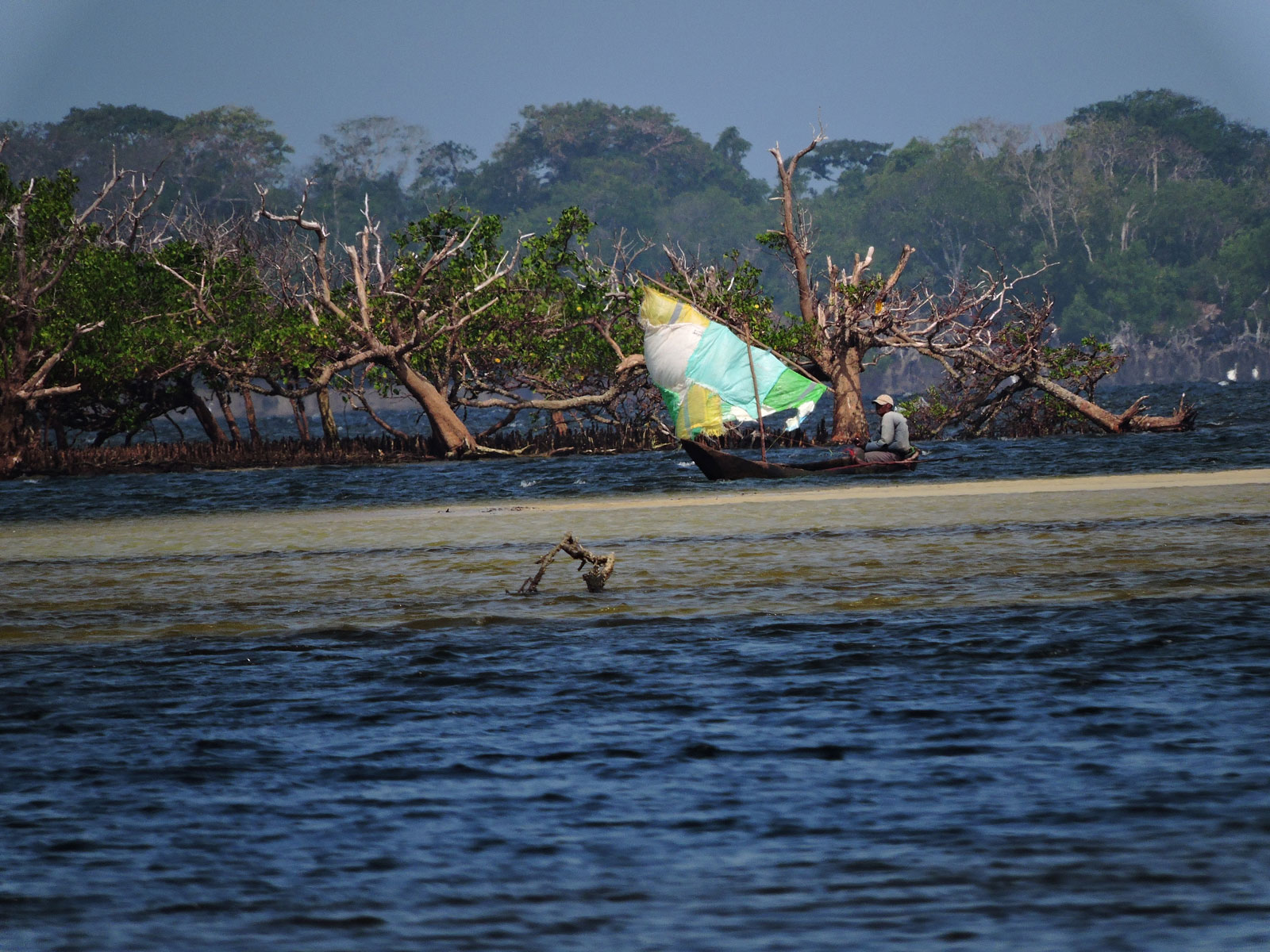 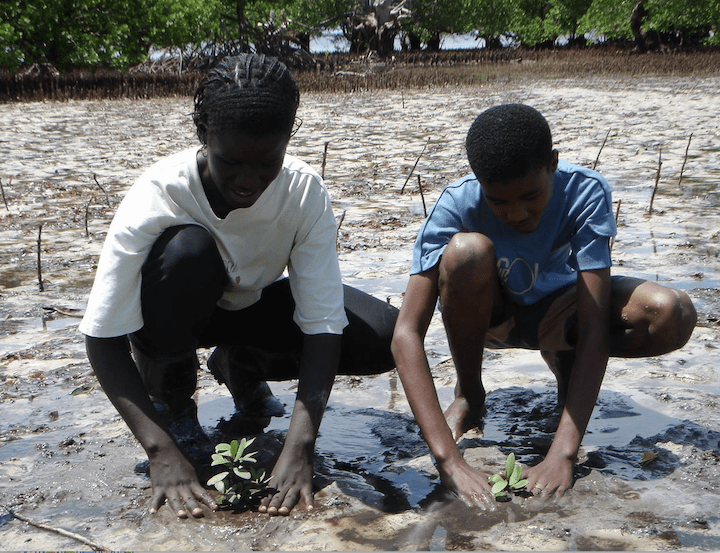 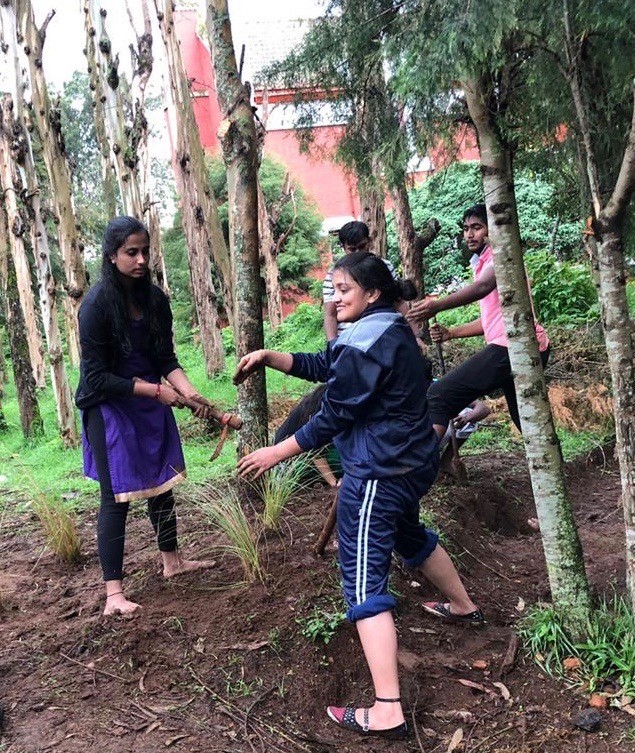